Recognizing My Anxiety and Depression

I’ve been struggling for the last few years with anxiety and depression. Unfortunately, I DID NOT recognize what was happening to me for quite some time. I want to share my experience in hopes that it can help someone, somehow. 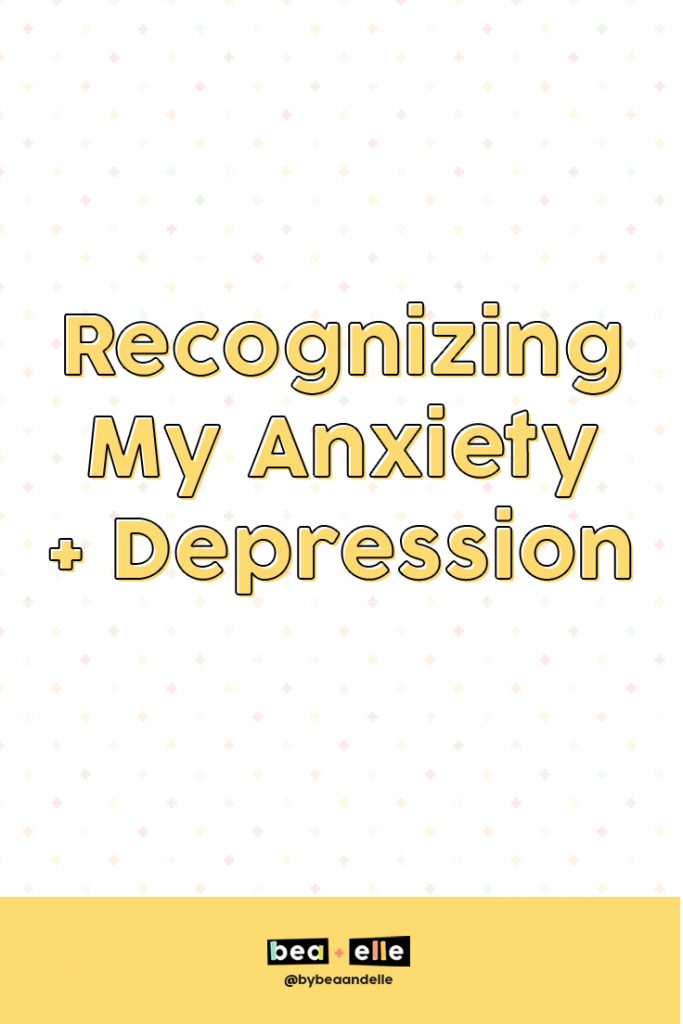 Life is stressful for everybody. I’m not writing any of this to make you feel bad for me. I just felt the need to share a little bit of my story in hopes that it can help someone else. Mental health is hard to talk about and some can even be afraid to talk about. Sometimes it’s hard to show others we aren’t perfect. But, we should be embracing our flaws and our cracks. It’s what makes us who we are.

Kintsugi is a method of mending broken pottery where lacquer is mixed with powdered gold, silver, or platinum. It treats breakage and repair as part of the history of an object, rather than something to disguise. Not only is there no attempt to hide damage, but the repair is literally illuminated.  The pottery becomes more beautiful by displaying its imperfections.

We are sometimes afraid to admit that there is something “wrong” with us. Or that we are weak for needing to get help. It’s just NOT true. In a talk titled “Like a Broken Vessell”,  Jeffrey R. Holland spoke about depression and said, “there should be no more shame in acknowledging these afflictions than in acknowledging a battle with high blood pressure or the sudden appearance of a malignant tumor.” The full talk can be found here. I highly recommend it. 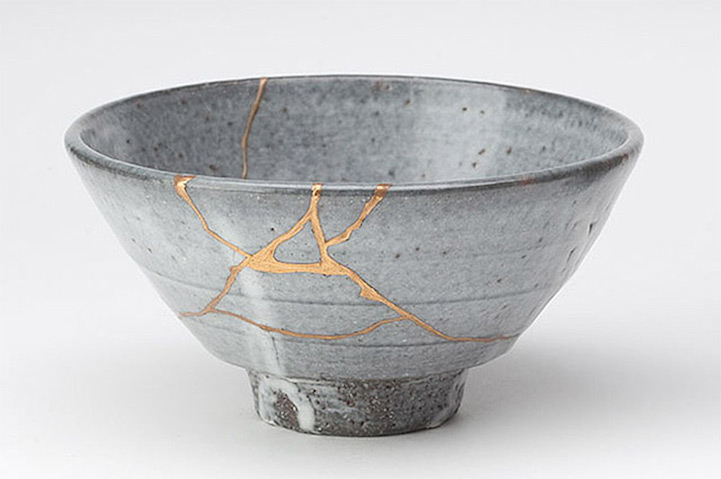 The last few years have been a trip for me. Sometimes literally.

Its a lot easier looking back at the last few years and realizing it started long before our move to Japan. I’ve been a ball of stress since my last baby was born in 2010. He had allergies and we had no clue his intestines were allergic to wheat for the first 2 years of his life. He didn’t sleep. Like ever.  We went through a lot of tests, scopes, x-rays, and crying before we figured any of it out. Then in the summer of 2012, my husband had an arterial dissection that led to a stroke that fortunately only affected the part of his brain in charge of balance. He cannot pick and roll without falling over, but I’ll take it!

Life’s rough. I thought I had a handle on things. I’m a relatively laid back person. But I slowly started to lose interest in things that I usually enjoyed. I became more introverted. I found myself becoming SUPER drained after spending time with friends and family. Not much was making me happy anymore. I wasn’t sad, I was just apathetic. I just chalked it up to stress and figured it would get better once we paid off medical bills and I started sleeping better.

During the summer of 2016, we were remodeling our home. Choosing paint colors, carpet, and flooring should not be that stressful, but it was.  In the middle of all of that my husband received an email from a friend about a job opening in Okinawa, Japan. Of course, the amazing man got the job. Now, we had a deadline for the remodel as well as planning a move that was over 6,000 miles away. Of course, I was stressed and anxious.

We arrived in Japan just after Thanksgiving and then lived in a hotel on base for 7 weeks while we tried to find housing. Can I just say Christmas in a hotel room was quite the event? I got REALLY creative on hiding presents. Luckily under our mattress, the bed was hollow. Anyways, we found a beautiful home that was a few hundred yards from the beach. We were getting settled now that we knew what schools the boys would be in and starting to get to know where everything was. FINALLY, we were getting settled in. We had so many wonderful things to see! Gorgeous views, wonderful beaches, cultural events, amazing parks, World War II sites, and new adventures to be had. 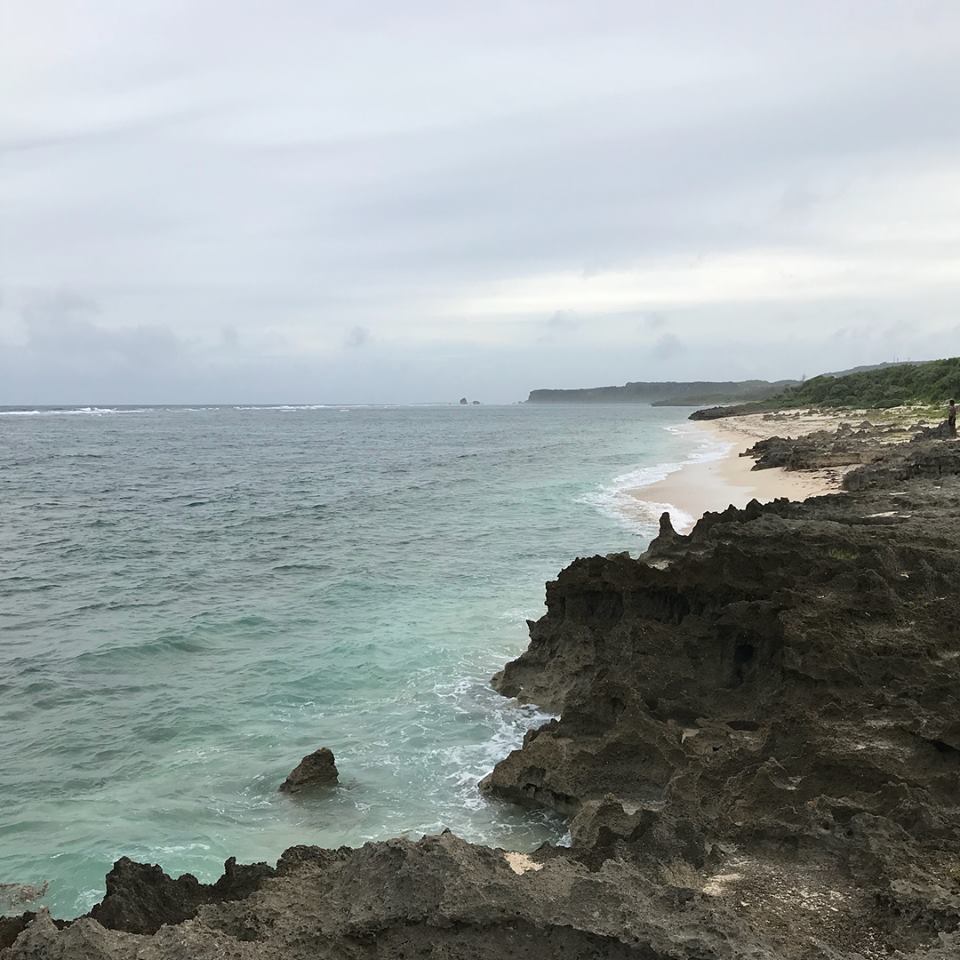 We’ve moved quite a few times in our 15 years of marriage. Adjusting usually takes a bit for everyone. Well, Japan was different. Obviously, it was different, it’s halfway around the world. We had some HUGE adjustments: Japanese culture, driving on the other side of the road, language barriers, food that was different and sometimes delicious. We also had to make adjustments to Military culture as well. I didn’t know any of the acronyms or what rank meant what. We were just sort of lost. After living in Japan for a few months I was really struggling. I had every intention of moving to Japan and working my little buns off. NOPE.

Simple tasks were giving me anxiety. It became debilitating and I totally shut down. I knew what I should be doing and the basics were getting taken care of. BUT all I felt was almost total apathy for everything or irritability and anger. I WASN’T SAD. So it never occurred to me that I was struggling with Depression and Anxiety.

My husband and I would go on walks after dinner. On one of these walks, I remember  it vividly, he asked me, “What brings you Joy?”  I knew what was supposed to be bringing me joy, but I could not think of a single thing because I was no longer capable of feeling joy. I felt nothing. This was the first time we started talking a little bit about how off I had been feeling. He had tried to talk to me about it before, but I was definitely defensive and angry about it. That spot where my husband and I talked about Joy ended up becoming one of my favorite spots. Here’s a picture that was taken from it. It was the start of my getting help. 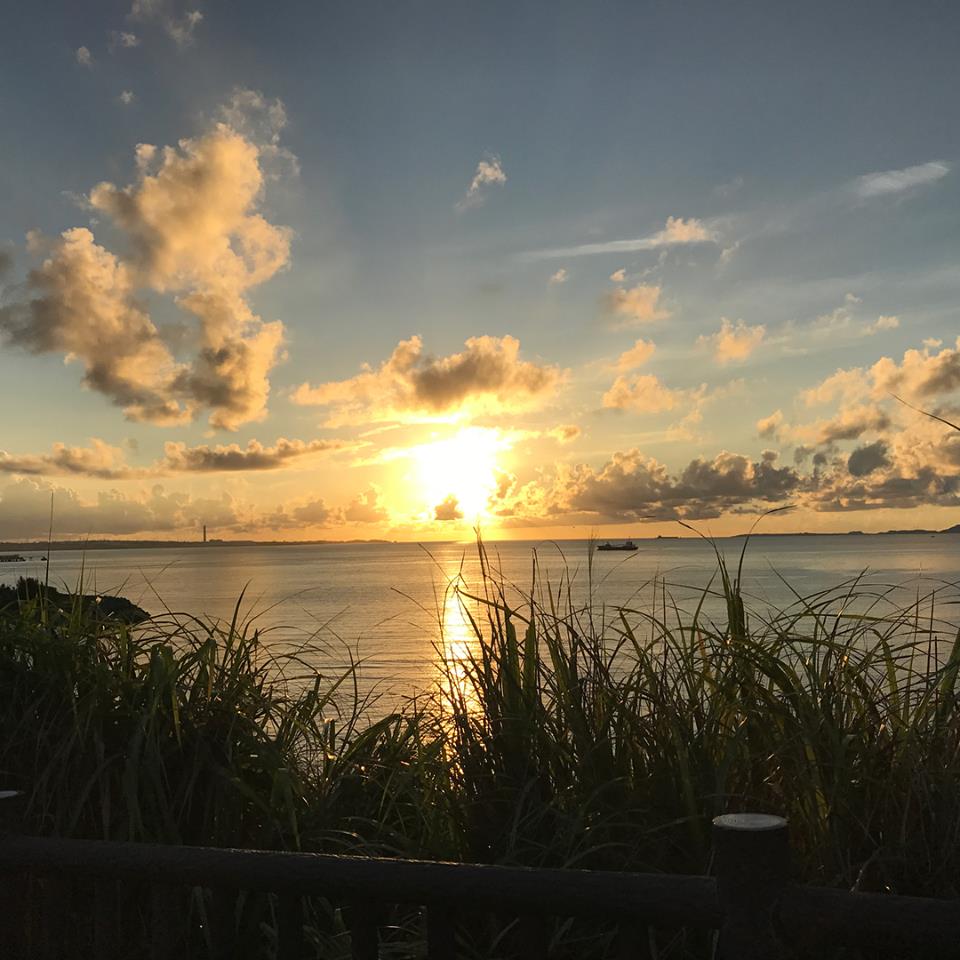 Being overseas Facebook messenger and Marco Polo became one of our best options to keep in touch with everyone in the States. The 16 hour time difference made it hard to schedule Skype calls. I have a FB group with my sisters and parents that each of uses a few times a week. Randomly on Facebook Messenger one day one of my younger sisters announced that she had just started anti-anxiety/depression meds following the birth of her last child. It opened up an entire discussion with my 3 sisters and my mother.  Suddenly, we were discussing our family history. things my mother and grandmother had gone through. Symptoms my sisters had experienced or were experiencing. It was like a lightning bolt hit me. “That’s what’s wrong with me?!?!”

Just the simple conversations with my loved ones helped me realize that I needed to see someone and get the help I needed. I immediately made an appointment to see a doctor and was able to start a combination of therapy and medication that helped immensely.  I still am on medication and notice a HUGE difference if I miss a day.

Things are definitely better. We ended up moving back to the United States 6 months early to help alleviate some of the anxiety for me. Life is still messy and that is the way its supposed to be. I know that God places trials in our way to test us, but He also gives us the strength and blessings we need to get through them.

I hope that this can help someone. If you ever need someone to chat with about anxiety and depression, I’m here for you! 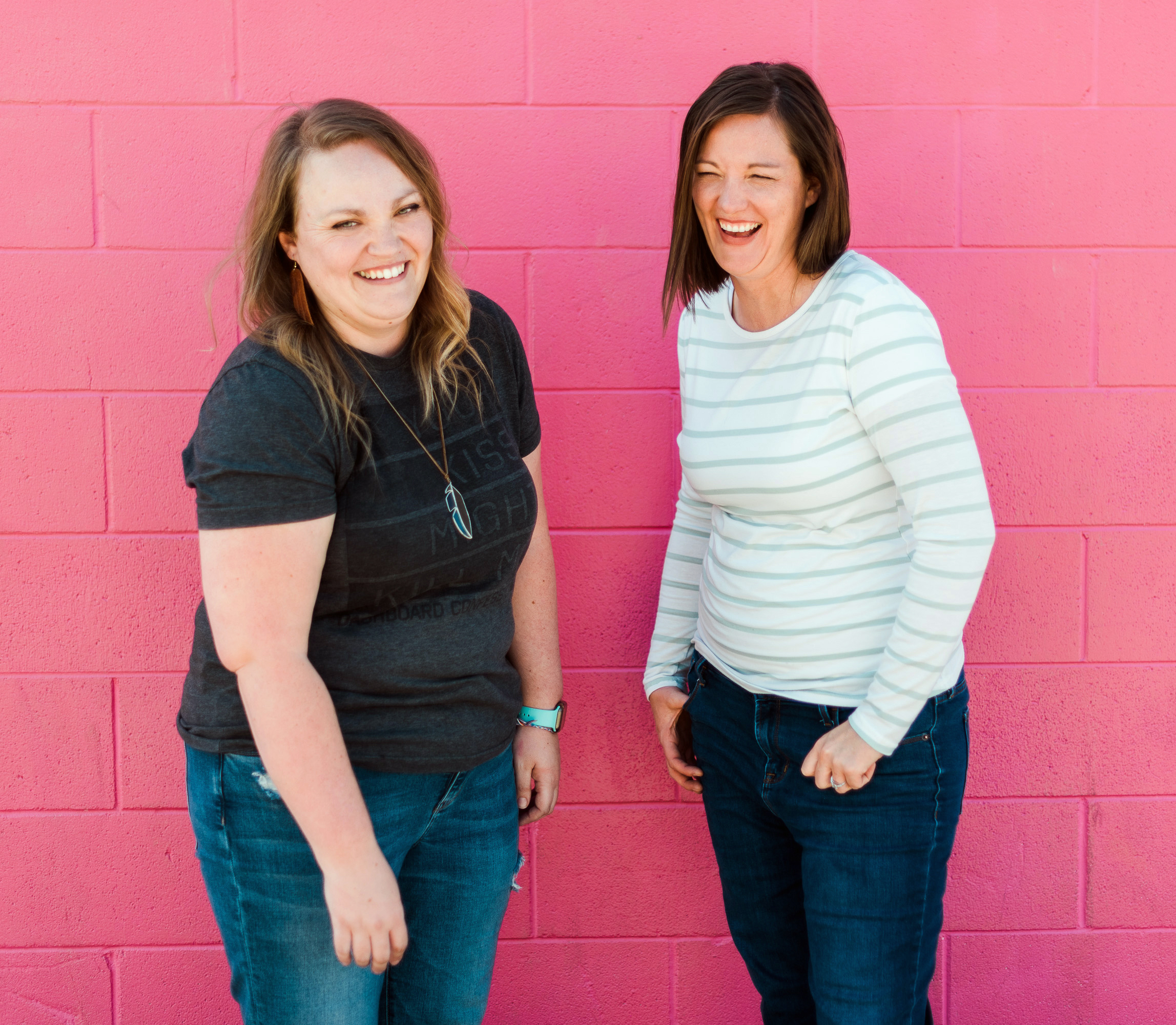 Brooke and Laura have a combined 20+ years of experience in graphic design, web design, and business branding.

GET IN ON THIS.